SHOW | Cooking For The Crown

Cooking For The Crown

Royal cuisine has held their intrigue throughout the years. Royal chefs and food-tasters have held their tongue to what has been served throughout the generations. Now, we get our chance to understand their appeal. In COOKING FOR THE CROWN, international chef Christian Bauer travels around the globe to interview and prepare specific home-cooked dishes for Royal families, taking them down memory lane and learning their history with food, culture, and family. Through a series of candid interviews with Royal families and their kitchen, we de-mystify the monarchy through cooking and learn how their country’s unique and traditional dishes have played a part in their lives.

Episode 3 – Bali, Indonesia
This week, Balinese Prince Tjokorda Raka Kerthyasa of Ubud has invited Chef Christian Bauer to his island home to prepare bebek betutu, or dirty duck. But will Chris find himself set back by the ancient kitchen of this centuries-old household?

Episode 4 – Solo, Indonesia
This week, Princess Astrini of Solo Indonesia invites Chef Christian Bauer to prepare one of her late father’s favourite dishes – the Huzarensla salad. It’s a dish that is so simple that it’s challenging – and Chris needs to do what he can to reinvent this classic recipe.

Episode 6 – Auckland, New Zealand
Chef Christian Bauer may have met his match in New Zealand where his love of and respect for food is shared wholeheartedly by the Māori. Can he impress the Maori King, a supreme guardian of the earth from which all food comes?

Episode 7 – Nagoya, Japan
The Tokugawa Shoguns were military Lords who unified Japan. Under their rule, Japan enjoyed 200 years – its longest period – of peace in its history. Today, their descendant Tokugawa Yoshitaka tells us more about their founder’s favourite food – haccho miso. 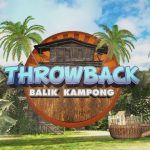