Avenue 13 is an obscure suburban neighbourhood. People have been behaving in an odd manner lately and bizarre incidents have been plaguing the estate. Ting Ting, an orphaned teenage girl finds herself an outsider in this grey suburban world. She probes into a restricted area and discovers the Bodees…3 other ‘teens’: Noel, Annie and Sam living there. An unlikely friendship is forged and together with her motley crew of ‘sleuths’ Ting Ting goes on to investigate and reveal the truth to the urban legends in the neighbourhood.

Welcome to Avenue 13- a place where everyone is prim and proper and the houses are postcard pretty. Ting Ting is forced to fit in and uncovers a mystery that leads her spiralling down the rabbit’s hole to more strange encounters.

Ting Ting finds herself confused as a public holiday is announced because of the ‘full moon’. Unbeknownst to her, a deadly creature awakens by nightfall, howling at the moon and creating absolute chaos. Is Avenue 13 really cursed?

A new drink craze called Hi-K hits Avenue 13 and total mayhem ensues when its stocks run low. Adults turn zombie-like and become violent. Can Ting Ting and the Bodees solve the mystery of the Zombie dew and restore the estate to normalcy?

Ting Ting attends a party at Tristan’s house, where she is confronted by a spooky situation involving what she believes to be a poltergeist! Ting Ting and the Bodees are later stupefied by the true nature of the ‘ghostly’ occurrences.

Ting Ting wishes for the existence of extra-terrestrial life as she is filled with boredom in a much more quiet and empty Avenue 13. She spots a strange object in the sky one night and unwittingly embroils herself in an alien attack.

The estate is in frenzy. Children have gone missing under mysterious pied piper-like circumstances. Ting Ting escapes her curfew, only to get herself and the Bodees into harm’s way. This time, the danger cuts too close to home for comfort.

Ting Ting is propelled to look into strange holes being dug up around the empty lots of properties. They seem to be linked to the Bogeyman. Just as Ting Ting gets closer to solving the case, the hands of a dark force pull her away from it.

Ting Ting joins the dots of all the past cases in Avenue 13. Secrets come to light, as she and the Bodees finally uncover the mastermind behind the strangeness of Avenue 13. A one man’s agenda to empty the area for his own conquest. 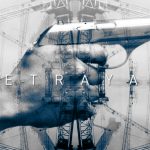