STRANGERS AT HOME explores the lives and emotional journeys of minority communities across Asia.  Indians in Hong Kong.  Chinese in India. Koreans in China. Born and raised locally, they retain influences from their migrant forefathers. Deemed foreigners in their homeland, many face discrimination.

Find out how their unique identities are being threatened, and how their assimilation is also shaping local culture.

Episode 1- Korea – Mixed & New Citizens:
Mixed-race orphans from the Korean War often face life-long discrimination. But as Korean society progresses, can mixed-race newborns and naturalised citizens hope for greater social acceptance? Or do anti-foreigner sentiments linger on? Our Host explores the lives of these communities.

Episode 2- Hong Kong – (South East Asian) Indians and Pakistani Descendants:
The British colonial period in the 19th century saw many South Asians arriving in Hong Kong and contributing to society through the years. Some have returned home; others call this land home. As they look different, their integration journey hasn’t always been smooth. Our Host examines their lives.

Episode 3- Macau & Malacca – The Portuguese Descendants:
There are a total of 40,000 native Portuguese worldwide. This week, we explore the lives and stories of people of Portuguese descent in Macau and Malacca. How have Macau’s native Portuguese’s lives and identities been affected by the handover from British rule to China?

Episode 4- Japan – The Brazilian Descendants:
There’s an estimated 200,000 Brazilians in Japan. Our Host explores the “Brazilian Town” in Japan, experiencing their unique Brazilian way of life. Intermarriages are common, but how do their children, labelled “Hafu”, identify with a society that doesn’t see them as native Japanese?

Episode 5- Taiwan – Southeast Asian and Myanmar Chinese:
We explore those with Southeast Asian roots in Taiwan.Since the arrival of the Burmese Chinese in the 1950s, and the influx of Southeast Asian labourers in the 1990s, interracial marriages have flourished. Yet, they remain viewed as “foreigners”. How have they tried to assimilate?

Episode 6- Philippines – Japanese descendants:
The Philippines has the biggest Japanese community in Southeast Asia, with many arriving in the early 19th century. They bore the wrath of the locals after WWII, though this has dissipated through the years. Still, many have mixed feelings on their identity. Where do they truly belong?

Episode 7- North Koreans in China:
Former North Koreans have through the years fled to China to escape war and famine back home. We explore their community in the fringes of Jilin. We’ll also look at the plight of North Koreans who seek better lives in South Korea, but face tensions from locals there.

Episode 8- Indian Chinese:
India has one of the most ethnic communities in the world. One of them is the Indian Chinese, most of whom reside in Kolkata. Their numbers are dwindling as the youths migrate for better prospects. We explore this minority group’s way of life and untold stories. 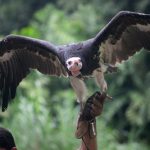