Raju Rai, unintentionally activates a mystical suit which uses chakras of the body for weaponization purpose. Now Raju Rai has superpowers and he must protect the citizens of Mumbai as Chakra the invincible.

Episode 1- Birth of a Superhero:
Raju’s mentor, the scientist Dr. Singh, develops a technological suit that weaponizes all the Chakras in the body. After a series of events, Raju gets his hands on the suit and eventually discovers the true power of the suit and the power within himself.

Episode 2- Rise of Boss Yama:
Dr. Singh discovers that when in danger, the Chakra Suit’s defence mechanism activates itself. He further assists Raju in discovering the true power of the suit. Will that be enough to compete with the rise of Mr. Seth a.k.a Boss Yama.

Episode 3- Peace and Prosperity:
Chakra tries to foil the plan of evil Dr. Seth and disrupt his pretentious peace summit. But unfortunately he discovers something which personally jolts him. 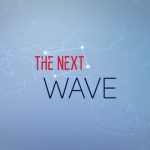