In this new reality baking competition, 10 of Singapore’s home-bakers battle out in Kek Champion’s kitchen to be declared the winner of Kek Champion. Every week, our hosts, Huda Ali and Chef Bob, would give the contestants two challenges for them to showcase their strengths. The challenges will test not only their skills but how far they would go to get that title. As with every competition show, there will be an elimination every week as well as a baker of the week who will be given the red apron. When a Surprise Challenge is given, how would the bakers react to it? Would they perform to their best of their abilities or crumble under pressure? From baking croquembouche towers to Kek Lapis, who can prove that they are truly a Kek Champion?

Episode 1- Salam Perkeknalan:
In the grand opening of Kek Champion, we welcome the 10 contestants who will spend their time in this kitchen to be declared the ultimate Kek Champion. In this first episode, contestants will introduce themselves to us by baking a Giant Cupcake inspired by someone they look up to and bake a cake unique to themselves! Who will be receiving the red apron and who will be the first to leave the Kek Champion kitchen?

Episode 2- Jalan Keknangan:
The remaining 9 bakers of Kek Champion walks into the kitchen full of excitement and anticipation. Contestants celebrate diversity and go back to making Kuihs just like back in old times! Can they work in teams and communicate to deliver a multi-layered Kek Lapis? Can their 3 different types of kuihs earn them a spot in the next week of Kek Champion or will they have to give up their apron?

Episode 3- Keksayangan:
This week is all about Love. Love is in the air, so contestants have to deliver and make the judges fall in love with their creations. Can their love letters express their desire to stay in this competition? Contestants are also tested on their ability to create a 3D structure made out of biscuits! Who has to give up their apron and whose love managed to earn them the Red Apron?

Episode 4- Kekazaman:
Do the remaining 7 bakers have the determination to continue on this journey to be crowned Kek Champion? For the first challenge, we test the bakers with making pies. Following which, they are tested by either having to make a Macaron tower or a Croquembouche tower. Whose tower will collapse thus causing them to say goodbye and whose tower will stand tall and proud to earn them the Red Apron?

Episode 5- Kekriangan:
After 4 mentally and physically challenging weeks in the kitchen, we decided to celebrate in the Kek Champion kitchen today. Contestants have to make a chiffon cake for a very special birthday boy. Can their chiffon cake rise up to the challenge or will it fall flat?

Episode 6- Daya Kekreativiti:
There are many delicious types of cheesecakes and sometimes, you have to travel to truly taste the authentic ones. Can the contestants bring the judges to New York and Japan with their rendition of a New York cheesecake and Japanese Souffle? When contestants are tasked to make a Batik Motif Fruit Tart, who will ultimately be packing their suitcase and leaving Kek Champion’s kitchen? Who will get that Red Apron?

Episode 7- Kekindahan Seni:
It’s the seventh week and challenges get tougher and wowing the judges gets harder. Contestants have to make both a Pavlova and a Singapore Swiss Roll with Singapore Motifs. Taste isn’t enough to secure them a spot in the finals. Whose confectionary’s looks will cost them their spot and who will be our ultimate 4 finalists of Kek Champion?

Episode 8- Kekmenangan:
In the season finale of Kek Champion, the final 4 contestants have one last opportunity to prove that they are Kek Champion. Whose Banoffee Pie will go bananas and whose 4-tiered circus cake will perform as the star in the circus? Only 1 can be crowned Kek Champion. Who will that be?

Episode 1:
In the first episode of this exciting second season, join our 12 bakers as they embark on their journey, starting with a household favourite – Marble Cake, without a recipe!

Episode 2:
This week, we fuse two cultures together – French and Malay. Watch as our bakers put a Malay twist on a French classic, Mille Feuille. Mille what?

Episode 3:
The bakers’ technical skills are put to the test as they dive into this week’s difficult task – 3D jelly. Also, a surprise awaits them as they pair up to take on the challenges set forth by our beloved judges.

Episode 4:
In this magical episode, we follow our 9 remaining bakers as they attempt to fulfill the wishes of Princess Huda, and give her a fairytale ending.

Episode 5:
Communication is key this episode as the bakers team up in their surprise challenge, and work together to create a festive cake. Who will be awarded the red apron this week?

Episode 6:
It’s all about biscuits this week as the bakers construct their dream house. In this emotional episode, the bakers face off against each other, and themselves, to see who will make it to the next round, and who will be eliminated.

Episode 7:
This week, we’re going local as the bakers are tasked with a special surprise by Chef Zan. But who will stand out to the judges, and who will slip?

Episode 8:
Desserts are not only sweet, they can be healthy too! In this episode, the bakers race to create scrumptious pies that use healthier alternatives. With the quarter finals around the corner, who will make it first to the finish line?

Episode 9:
The pressure is on as the 5 remaining bakers battle to recreate Chef Fazley’s famous Sweet Table in this semi-finals. The journey will end for one of our bakers, and we’ll find out our 4 finalists.

Episode 10:
In the season finale of Kek Champion, the final 4 contestants have one last opportunity to prove that they are worthy of the title. We begin with a short challenge to warm them up before their masterpiece challenge to create 3-tier cakes in Tambah Secukup Rasa. Only 1 can be crowned Kek Champion. Who will that be? 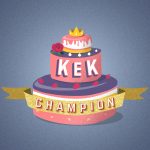