A travel-documentary that celebrates the colorful culture, heritage and food of Asia’s unique festivals. In this immersive experience, the ever bubbly and popular presenters, Mastura Ahmad & Seri Wahyuni Jaes, get to know the locals and join in on all the fun and chaos!

Episode 1: Kadayawan (Philippines)
The Kadayawan festival pulls in millions of visitors to the city of Davao in the Philippines. Mastura and Seriwahyuni get to participate and represent Singapore during the grand finale – the Floral Float parade!

Episode 2: Holi (India)
Bosom buddies Seriwahyuni and Mastura venture to Jaipur to take part in the Holi festival. They grab the chance to get up close and personal with the elephants at Elefantastic, a sanctuary where the elephants are well taken care of by their riders who live with them under the same roof!

Episode 3: Naadam (Mongolia)
Naadam fever has reached all parts of Mongolia, from the bustling city of Ulaanbaatar to the far out plains. Mastura and Seriwahyuni toughen up to experience first hand the nomadic lifestyle and enjoy the festival of three manly sports at the capital city.

Episode 4: Mid-autumn Festival (Vietnam)
Mastura and Seriwahyuni witness the lazy sea side town of Hoi An transform into a vibrant and noisy place as the mid-autumn festival arrives. This UNESCO World Heritage old town is the perfect setting for the Mid-Autumn festival, with its rich history and old buildings that have survived the yearly monsoon floods.

Episode 5: Erau (Kalimantan)
The annual Erau festival in East Kalimantan was once held in celebration of a King’s coronation, but it is now mainly an opportunity for old traditions, local sports, and royal ceremonies to be revered again. Mastura and Seriwahyuni get a chance to meet with the king himself!

Episode 6: Chichibu (Japan)
It’s winter in Saitama, but the Chichibu Night Festival brings everyone out onto the streets to enjoy the ornately decorated floats covered with lanterns, tapestries and gilded wood carvings. Mastura and Seriwahyuni use all the energy to help pull the Motomachi neighbourhood float which weighs more than 10 tons!

Episode 7: Bon Om Touk (Cambodia)
Once a year, the Tonle Sap river changes its flow direction. This natural phenomenon ensures the streaming of fish and the enriching of the rice paddies, giving Cambodians much reason to celebrate. Mastura and Seriwahyuni are treated to a grand three day event comprising boat racesand feasting on exotic local delicacies.

Episode 8: Harbin Ice Festival (China)
The cold winter climate doesn’t deter the crowds from thronging the Harbin Ice Festival. Seriwahyuni and Mastura brave the extremely chilly conditions, from trying out the local specialty dishes to walking around the giant ice carvings that transforms the area into a colourful winter wonderland at night.

Episode 1: Viareggio Papier Mache Carnival (Italy)
Carnevale di Viareggio is one of the most renowned carnival celebrations in Europe, featuring floats made of papier-mache. The largest of the floats are a staggering 20m high and weigh around 40 tonnes, taking five months to build.

Episode 3: JORVIK Viking Festival (UK)
Recognised as the largest viking festival in Europe, the annual festival is a city-wide celebration of York’s Viking heritage. Rooting back 1000 years ago, the festival heralded the coming of spring and the end of winter hardships.

Episode 4: Fete Du Citron (FRANCE)
The Fete du Citron Festival celebrates the harvesting of the famous Menton lemon, considered the most prestigious in the world. Visitors get to enjoy themed gardens constructed out of thousands of lemons, with day and night parades of lemon floats.

Episode 5: King’s Day (NETHERLANDS)
The Dutch break out of the winter mood during the King’s Day (Koningsdag) Festival, donning lots of orange, and celebrating in the streets and canals to mark the reigning monarch’s birthday and to welcome warmer weather.

Episode E 6: Walpurgisnacht Thale (GERMANY)
Walpurgisnacht is the night of 30 April, when, according to folklore, witches are reputed to hold a large celebration on the Brocken and await the arrival of spring. It is an ancient festival to welcome the spring weather and to drive away evil spirits.

Episode 8: Festes De Gracia (SPAIN)
Located in Gràcia, Barcelona, the popular festival features 18 streets competing with one another through their innovative decor and grand themes. The decorations are lovingly hand-made by the residents who prepare for competition almost a year in advance. 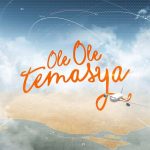