The Dr Binocs Show is a cheerful destination for Children of the Age Group 6 – 12 year old. The show explores the world of Education in a fun manner by covering various subjects under Geography, Biology, Solar System, Evolution and much more.

Episode 1- Dinosaurs:
Dr.Binocs talks about the Myths on Dinosaurs

Episode 3- Migratory Birds:
While flying has always been a fascination to many, there are birds that follow a specific pattern of flying and are popularly known as Migratory Birds.

Episode 4- Bats – Myths Busted:
So you’ve always thought that bats are blind, isn’t it? Think again! There are probably a lot of myths surrounding Bats that have kept you away from the truth but worry not, Dr. Binocs is here to bust all those myths. Learn fun facts about the Bat and break your myths with Dr.Binocs, as he explains interesting facts about Bats in his own fun way.

Episode 5- Why Does A Chameleon Change Colors:
You know Chameleons change their colour depending on the objects they sit on but there’s one more reason why this happens! Zoom in with Dr. Binocs to know more about Chameleons and their colour changing abilities.

Episode 23- Light:
Hey Kids, have you ever thought what would we do without lights? Well, Dr. Binocs is here to light up your tickling brain cells. Watch the video to know interesting facts about light!

Episode 24- Hurricane:
Dr Binocs explains Hurricane and it’s categories in his own style.

Episode 25- Types Of Rocks:
What strikes your mind when you hear the word rock? Is that ‘rock music?’ Well not anymore, as Dr.Binocs is here to explain different types of rocks that exist around us

Episode 26- Lunar Eclipse:
Hey kids, have you ever heard about an eclipse? Wanna know about Lunar Eclipse in detail? Join Dr. Binocs as he tells you more about the Lunar Eclipse.

Episode 27- How Is A Rainbow Formed:
Learn all the interesting detail and facts about our beautiful rainbow with Dr. Binocs

Episode 50- Story Of Santa Claus:
Today, he is thought of mainly as the jolly man in red, but his story stretches all the way back to the 3rd century. Find out more about the history of Santa Claus with Dr.Binocs

Episode 51- Why Mosquitoes Bite?:
Fear mosquitoes? Have you ever thought about their activities? Why do they bite? Where do they come from? Dr. Binocs tells you and educates you with everything you want to know about Mosquitoes.

Episode 58- Invention Of Video Game:
Learn all about the Invention of VIDEO GAME from Dr. Binocs himself

Episode 59- Invention Of Paper:
Learn all about the Invention of Paper from Dr. Binocs himself

Episode 60- Invention Of Corn Flakes:
Breakfast is the most important meal of the day and for most people around the world, a breakfast starts with corn flake cereal and milk. But did you know who invented the Corn Flake cereal we all love today. Join Dr. Binocs as he takes you back in time and tells you the story behind the Invention of Corn Flakes.

Episode 61- Invention Of Super Glue:
Doesn’t it feel terrible when something we love break? It’s a good thing that Super Glue was invented so we can stick anything back together! Follow Dr. Binocs on his adventure, as he tells you all you need to know about the Invention of Super Glue!

Episode 85- Stars:
Dr.Binocs talks about the different types of stars in space

Episode 87- Comets:
Have you ever wondered what are Comets? How do they appear? How are comets formed? Where are they found? Dr. Binocs is here to clear your doubts regarding comets.

Episode 88- Kepler 452 B:
What would you do if there was no space on Earth? Oh, don’t worry, Dr. Binocs is here to tell you about a planet that is similar to Earth, also known as Kepler – Earth’s Older Cousin! Learn everything you wish to know about Kepler 452B in detail

Episode 96- Types Of Asexual Reproduction:
Dr.Binocs talks about the types of asexual reproduction

Episode 97- The Five Senses:
Here’s Dr. Binocs with a bag of five senses. Do you know what are the five senses of a human being? Have you ever wondered how important are your eyes, ears, nose, tongue and skin? Join Dr. Binocs as he tells you more about the five senses. 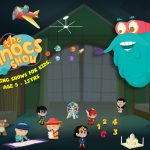 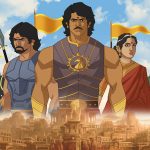