After breaking up with her boyfriend of 3 years, Mei Yee finds out that her ex-boyfriend’s fiancée has hijacked her plans for a dream wedding. Determined to beat her ex to the alter, Mei Yee sets out to find the perfect groom, for the perfect wedding. And to do it all in less than 3 months.

Episode 1
Mei Yee is mad about weddings! She’s planned everything from the flowers to the food to the flautist. Each and every detail is meticulously recorded in her Wedding Survival Handbook. Now, all she has to do is wait for her boyfriend, Ben, to propose. When Mei Yee finds out Ben has finally bought an engagement ring, she eagerly waits for him to pop the question. But on the night Mei Yee thinks her dreams are about to come true, she realises  her worst nightmare has begun instead.

Episode 2
Mei Yee is devastated when she finds out she’s been the ‘other woman’ for the past three years. In a moment of drunken solidarity, Doris, Mei Yee’s best friend, sparks an idea to stage a fake wedding to fulfil Mei Yee’s dream. The bride-to-be already knows what she wants for her wedding, now she just needs to decide what she’s looking for in her groom. They decide to audition for one. Shun confronts Ben, Mei Yee’s ex boyfriend who happens to be the boss of his cousin, Darren, causing Darren to lose his job.

Episode 3
Miracles do happen and Mei Yee finds the perfect groom for her fake wedding. The bride-to-be’s happiness is short lived as she realises Ben and Tracey have already booked her dream venue, gown and caterers. Mei Yee is left to start planning from scratch.

Episode 4
Just as her dream wedding is within reach, Mei Yee finds out Ben has emptied her wedding bank fund and left her penniless. Desperate for cash, Mei Yee does the unthinkable.

Episode 5
As the saying goes, “When you marry someone, you marry their entire family”. When Mei Yee meets Shun’s mother, she gets seconds thoughts about her wedding to him. In helping Mei Yee achieve her dream wedding, Doris and Darren chance upon each other at the thrift store. They realise that they have feelings for each other.

Episode 6
As Ben’s wedding day approaches, he gets cold feet about marrying Tracey. He realises Mei Yee is the one he really loves. Will she wait for Ben to break up with Tracey? Darren and Doris are unable to resist their attraction to each other, but are both not interested in getting into a serious relationship. In order to resolve the problem, they decide to get each other out of their systems.

Episode 7
Determined to completely ruin and destroy any hope of happiness for Mei Yee, Tracey spills the beans and tells Mei Yee’s parents about her fake wedding to Shun. Doris and Darren go on their One Great Date.

Episode 8
Shun tries hard to convince Mei Yee he truly loves her, but ends up turning her wedding dreams into a nightmare.  Doris takes a pregnancy and breaks down when she sees the results.Shun tries to borrow money from loansharks to pay for Mei Yee’s wedding and ends up being kidnapped by them. In order to ransom him from the loansharks, Mei Yee has to pay them with what’s left of her money.

Episode 9
While Shun and Mei Yee plan the most unromantic, uninspired wedding. Darren is delighted and determined to prove he’s going to be the greatest dad in the world. Days after dumping Tracey, Ben realises he can’t live without her money.

Episode 10
On her big day, Mei Yee finally understand the big sacrifice Shun has made to ensure she gets the perfect wedding.  Will she go through with the wedding of her dreams or will she wake up and realise her dream man has always been by her side? 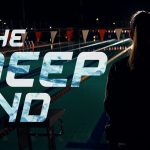