Whoopie’s World is a children’s drama series based on Singaporean author Adeline Foo’s book Whoopie Lee: Almost Famous. The book was shortlisted as a finalist in Popular Readers’ Choice Award 2013. The premise for the book series and the television adaptation is the quest for Whoopie to become popular and famous and the desire to be accepted and at what cost. Mei (Whoopie) is a relatively shy 11-year-old with a social conscience. Like most kids her age she is constantly trying to get validation from her mother, her teachers, her peer. She is kind-hearted, loves animals and is always on the lookout for a new social cause. When she secretly sets up a V-log Whoopie’s World, Whoopie becomes a BIG STAR but can Mei live with the consequences? And will her new identity give her the validation she craves from her mother? Whoopie’s World – a heart-warming series with a focus on family, social causes and the simple desire of a pre-teen to become famous.

Episode 1- Grooming the Joseph Schooling of Skateboarding:
Whoopie’s World is a series based on author Adeline Foo’s Whoopie Lee: Almost Famous. Mei, the protagonist secretly sets up a V-log Whoopie’s World. Whoopie becomes a BIG STAR but can Mei live with the consequences?

Episode 2- Out to Rule the World:
Sissy Quek, the school bully, runs up against Mei and Dhana in a tee shirt design competition. When Mei’s design entry gets glowing reviews, with Everest’s encouragement, they launch a new Vlog, Whoopie’s World.

Episode 3- Kids And Not Mum Know Better:
A thief in the estate! Mr De Souza, the hoarder, is the chief suspect. But when Mei and Everest discover that he is merely a fix-it man collecting junk, they help to clear his name.

Episode 4- Racial Harmony in the Classroom:
Dhana is embarrassed of her old-fashioned mother. In a competition, she wants her mother’s Chicken Korma dish to beat Sissy’s father’s Chinese rice dumplings. But is winning all there is to it?

Episode 5- The Dance Dance Connection:
Mei embarks on a new adventure as Hafiz’s dance partner but little does she know that this new endeavour may reveal her biggest secret as Whoopie!

Episode 6- Honesty is the Best Policy:
Mei is harassed by Sissy’s constant threats to reveal Whoopie’s real identity. But she refuses to cower, and continues to dance with Hafiz. How far will Sissy go to create trouble for her?

Episode 7- Price of Fame:
Mei gets into a quarrel with Dhana. Then in an argument with Everest, Mei sends him squealing to Dhana about something terrible she did on Whoopie’s World.

Episode 8- The Copycat:
Mei is caught out with copying a dance video from a famous dancer. Her fans and friends turn against Whoopie’s World. How is she going to right this wrong?

Episode 9- Drama Mama:
Mum bars Mei and Everest from producing any more content. The kids discover old photos from Mum’s school days and decide to work on a nice surprise to get back in her favour.

Episode 10- In A Wifi-less World:
Dad returns home from a trip. He takes the kids camping. On a desolate island, the kids must adapt to learn Wilderness Survival. In for a rough time, will they survive?

Episode 11- The Comeback Kid:
Mrs Venkatesh goes to the island in a sari, embarrassing Dhana. Although angry with Mei, Dhana saves her when two litterbugs bully her. Will they make up as friends?

Episode 12- Trolling the Troll:
A cyber-bullying incident exposes an ugly troll on the prowl. Helpless against a faceless bully, Mei, Dhana and Sissy gang up to defeat the troll.

Episode 13- Dirty Dancing:
Hafiz’s dance partner, Kirsty, gets injured and Mei steps in to replace her. But a video released online got students thinking that Mei secretly planned to injure Kirsty! Can Mei prove her innocence?

Episode 14- All’s Well That Ends Well:
Hafiz does a no-show on the day of the dance competition! Has he been kidnapped? Can Mei, Sissy and Everest rely on the power of social media to find him in time?

Episode 1- Brand New Start: Good For Something:
A new school year spells excitement ! But Mei’s fame on Whoopie’s World attracts a prankster who decides to become ‘Fake Whoopie’ to stir up trouble.

Episode 2- A Tale of Two Siblings:
Everest and Mei get into a mini-war over a mop incident during Chinese New Year spring cleaning. Miss Prissy dreams of becoming Vice Principal.

Episode 3- Round and Round:
Everest and Mei plot to trap the prankster during a Zorp Ball Exercise. It backfires when the principal is trapped in the ball.

Episode 4- The Doll:
Mei, Michael and Sabrina are tasked with making a gift for the out-going vice principal. Miss Priscilla tries to compose a poem with disastrous results.

Episode 5- Sherlock in Our Mindset:
Everest is determined to catch the Fake Whoopie and clear his sister’s name even if that means getting into disguise interrogating potential suspects.

Episode 6- Let the Games Begin:
Mei urges Dana to apply for the Outstanding Pupil Award. Sabrina shocks everyone by announcing that she is NOT running. What makes Ashley so happy ?

Episode 7- The Secret:
Sabrina spies on Michael and persuades Hafiz to help Ashley’s campaign. A media personality wants to profile the school. Everyone is keen except the Principal.

Episode 8- Radio Gaga:
Mei takes up the role of director for their radio show and her confidence takes a beating when when her peers can’t take directions from her.

Episode 9- Food Wars:
In an effort to build health awareness, Mr Mark announces an OPA health challenge. This proves daunting for some of the junk food loving students.

Episode 10- Not Scared:
Dana enlists Mei and the gang to help prove that she is not a wimp – even if that means exploring the school late at night.

Episode 11- Back to Basics:
While trapped in a kampong, Mei and the gang compete against one another to prove that they have what it takes to be a leader.

Episode 13- Battleground:
The finish line of the OPA draws near, and the remaining candidates must prepare their final campaign videos. Why does Hafiz quit Michael’s campaign ?

Episode 14- Not That Fair:
Everest suspects that Michael is rigging the votes and plays detective once again. Meanwhile, friendships are tested in this epsiode.

Episode 15- The Big Reveal (Finale):
The final Outstanding Pupil Award selection: who will be crowned winner ? But first, they have to get through a gruelling quiz. 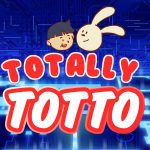